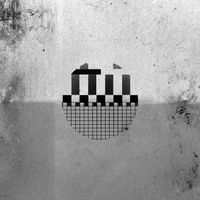 From the recording To All the Sailors We've Lost

Nomadic singer-songwriter Joseph Hitchcock debuts lead single ‘Aquatic’, announces new EP entitled To All the Sailors We’ve Lost (out 11 January on Sophrosyne Sounds). The introspective indie rock project, begun by Hitchcock in Fayetteville, Arkansas circa 2014, takes a dark turn with spacey guitars, ominous drumming (on loan from Tony Sales of Bay Area art rockers Everyone Is Dirty), and visceral lyrics, painting a visual of one trapped beneath the waves.

“[Aquatic]’s about a situation I was in years ago where I suspected a partner was cheating on me but I wasn’t sure if I wanted to find out the truth or not,” Hitchcock elaborates. “Water has always represented thinking to me, so the visual of being lost in the ocean depths, sort of perfectly depicted the feeling of being weighed down by too many thoughts.” Production was provided by Chris Daddio, also of Everyone Is Dirty, whose electric frontwoman Sivan Gur-arieh provides the haunting string section that opens the track. “They had come through Fayetteville, and I just loved their sound and wanted to see what would happen if Paper Anthem was run through that filter. [Chris] ended up bringing an aggressive, alternative rock quality that was previously lacking.”

The video, directed by Hitchcock, tells the story of a woman with a terminal illness haunted by an aquatic spirit who wants her to join him in the sea. “Though I’ve been involved with indie filmmaking for over a decade, I’d never made a music video,” he explains. “The visuals I see in my head for my songs are so over-the-top that it just seemed too difficult to shoot them on a budget, but I got really lucky here with the help of some great collaborators.”